Or the point of sale : 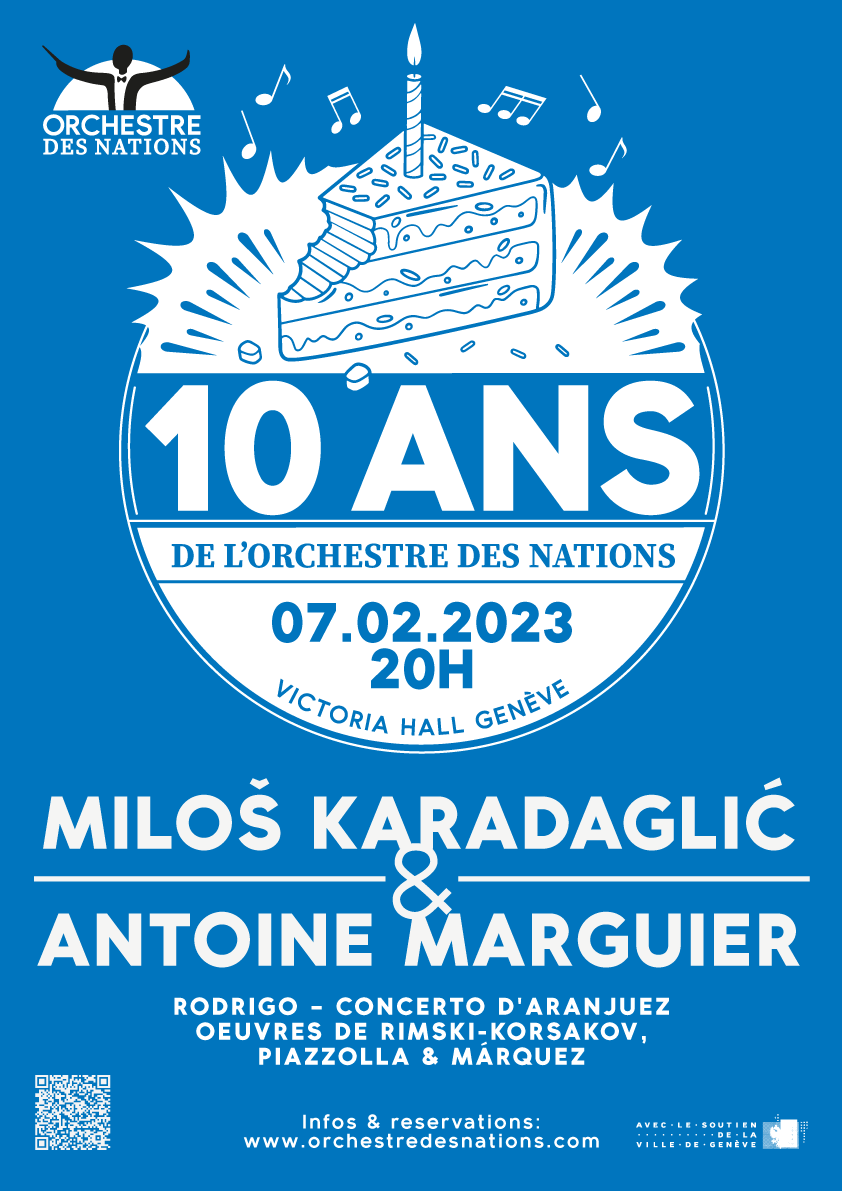 On February 7, 2023, the Orchestre des Nations (ODN) will conclude its 10th anniversary, which began on September 2, 2022 at the Victoria Hall in Geneva. Following our previous honor guest, Roberto Benzi, the ODN will share the stage with world-renowned classical guitarist Miloš Karadaglić. The concert will take place at the Victoria Hall at 8 pm and will feature a musical program comprised of festive, Latin influences.

Music democrat
In order to conclude a year of festivities and to look to the future of the ODN, Miloš Karadaglić has chosen to perform Concierto de Aranjuez, composed in 1939 by Joaquin Rodrigo. “From there, we prepared a dazzling program that might allow us to turn to other horizons, as well as allowing some of our musicians to play tunes in touch with their Latin background,” Antoine Marguier, founder and conductor of the ODN, explains. “I met Miloš in 2012 in Thailand, when I was conducting the Bangkok Symphony Orchestra. He was already a well-known soloist by then, since the 2011 release of his debut album, “Mediterraneo” (Deutsche Grammophon), which propelled him to the forefront of the international classical scene, so much so that the BBC included him on their list of the six best classical guitarists of the last century!”

Miloš Karadaglić has performed as a soloist with the world’s leading orchestras and has garnered numerous awards during his tours. In June 2022, he explored repertoires straddling classical and pop music to a packed Royal Albert Hall, covering compositions by Bach and the Beatles.” This is an exercise of which Miloš Karadaglić is particularly fond and which has earned him praise from critics worldwide. “Miloš embodies a form of democratization of classical music. He is a great artist with whom we instantly connected artistically. He is benevolent, generous, sincere, he plays above all for his audience and seeks to trigger a wide range of emotions.”